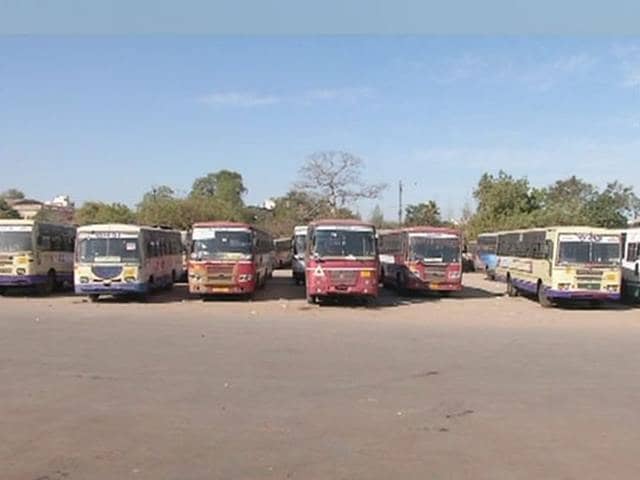 Thousands of employees of Gujarat State Road Transport Corporation (GSRTC) Thursday proceeded on mass casual leave for a day to press their demands including a wage hike as per the 7th Pay Commission.

It left commuters across the state stranded as GSRTC buses stopped plying.

Over 7,000 GSRTC buses are off the roads since midnight, parked in various depots of the corporation across the state.

“We have been demanding implementation of the 7th Pay Commission for the last three years but the government is not heeding our demand,” said Navalsinh Rana, a GSRTC union leader.

“If our demands are not met by tonight, we will launch an indefinite strike,” Rana said.

Chief Minister Vijay Rupani appealed the employees to call off the strike.

“This is very unfortunate…Their main demand is the implementation of the 7th Pay Commission. We have given the 7th Pay Commission to the employees of profit-making Public Sector Undertakings,” Rupani said, implying that as GSRTC is making heavy losses, its staff cannot get the same benefit.

“I would request them to end the agitation immediately as it is affecting the people of the state. A decision will be taken about their demand of salary hike at the appropriate time,” the chief minister said.

However, the three unions of GSRTC employees, which have formed a coordination committee for the agitation, maintained that the corporation provides an essential service, and profitability should not be a consideration when dealing with employees’ demands.