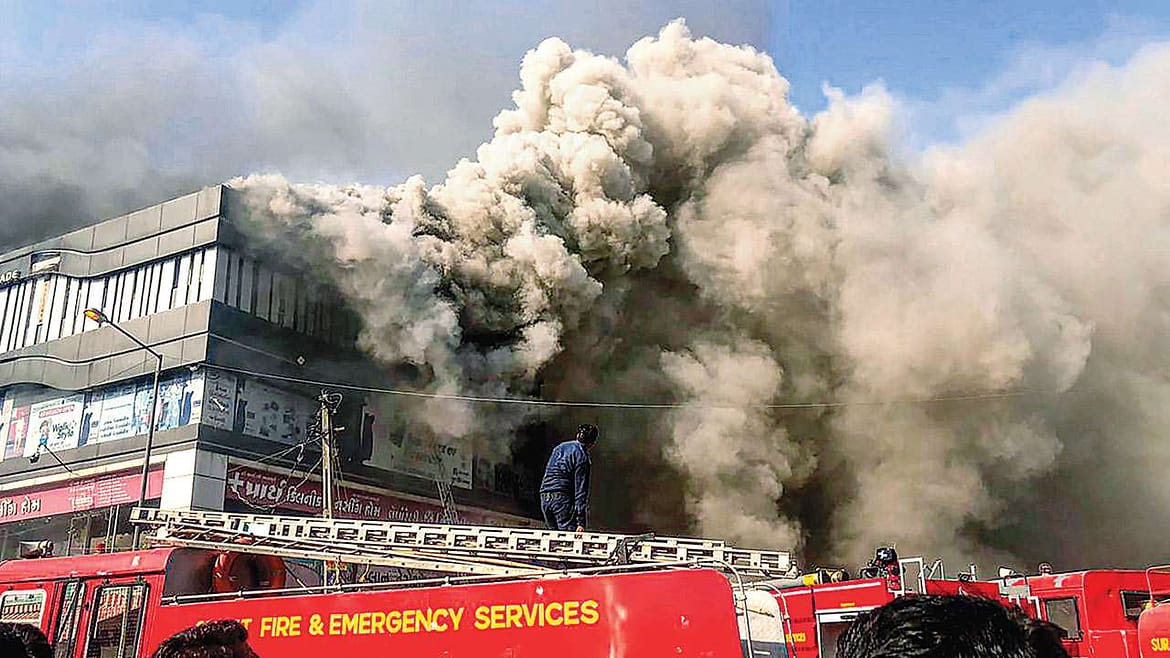 At least 20 students were killed and several injured after a major fire broke out at a coaching center in the Sarthana area of Surat on Friday. Disturbing visuals showed some students jumping off the multi-story building in an attempt to escape the inferno.

The students were attending tuition classes when the fire broke out at the Takshila building. Officials said at least 10 students on the third and fourth floors jumped to the ground to save themselves from the fire and smoke.