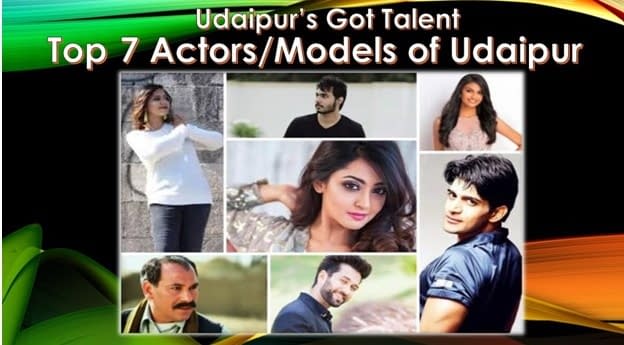 Udaipur is buzzing with talented actors that have rocked the acting and modeling industry with their charm and gorgeous looks. Let’s have a look at these promising artists having their roots in lake city.

2. Ashok Banthia: Coming from a traditional family of Udaipur, Ashok Banthia completed his diploma in theatre in 1982 from Punjab University, Chandigarh. Continuing this journey, he also pursued a course in Acting from the National School of Drama, New Delhi, and a course in direction from the National Institute of Dramatic Arts, Sydney. He has shown his acting skills in TV serials like Ramayana, Balika Vadhu, Mahadev, Chanakya, and Mahabharata along with international films like ‘The Peacock Spring’ and ‘Indian Orchid’. He has also been the associate director of the TV serial ‘Tamas’.

3. Rahul Singh: Rahul is an actor and writer from Udaipur whose mother Prabha Thakur is a famous poet, member of Rajya Sabha, and is amongst the senior-most Congress politicians. Hailing from a Thakur family, Rahul moved to Mumbai at a very young age where he could not perform well in his studies. Therefore, he and his parents had to get back to Udaipur and he started his theatre while pursuing his graduation. Following this, he joined the Royal Academy of England. Regarding his modeling and acting career, he shot an ad film with Abhinay Deo and got his first break in the movie ‘Zubeida’. He also acted in TV serials like ‘24’ and ‘Peshwa Bajirao’. Moving on to his writing skills, Rahul had written dialogues for the movie ‘Kaante’.

4. Suman Rao: Suman is a model who was born in Udaipur on 23rd November 1998 and brought up in Navi Mumbai. She started her modeling career by participating in Miss Navi Mumbai contest in 2018 and won the title of the first runner-up. She added to her victories by winning Femina Miss Rajasthan 2019 title and eventually Miss India Pageant 2019. She is a trained Kathak dancer and is pursuing CA in Delhi.

5. Aindrita Ray: Aindrita was born as the youngest daughter in a Bengali family of Udaipur on 16th April 1985. Her father was in Indian Air Force which led her to experience many cultures while living in different cities. She is a film actress and model who has appeared in several Kannada, Telugu, Bengali, and Bollywood films. She is also a graduate in Dental Science and is currently focusing on Kannada Films in Bengaluru.

6. Zarin Ali: Zarin is a 26 yr old model and actress who has pursued her career as an Indian Geologist from Jadavpur University, Kolkata. At a very young age, she featured in many baby shows and her cute antics led her to win the prizes. Thereafter she got selected in advertisements, which inspired her to choose modeling at the age of 17. She is a blogger too and her views are expressed on her blog site www.thevibes2017.com. She has also authored two books of which ‘The Prisoner of Time’ is published in 2 parts and ‘The Story of Dots’ is in preview mode. She can be found on her Instagram id @zarin_ali1.

7. Vandan Raj Tak: Vandan Raj is an ambitious actor from Udaipur who has added glory to the city by doing a lead role in a short film (Dice: Don’t miss the conclusion). He started his journey with an advertisement for Pacific University, Udaipur succeeding which he joined Natyansh Theatre. While practicing there for two years, he did some theatre plays and nukkad natak for polishing his acting skills. Subsequently, he worked for Udaipur Film city and was also a part of the Udaipur Film Festival for two years 2016 and 2017 successively. He has joined Kishore Namit Kapoor acting institute for learning professional film acting courses. The audience can watch him out in several upcoming short films, web series, and music albums soon.