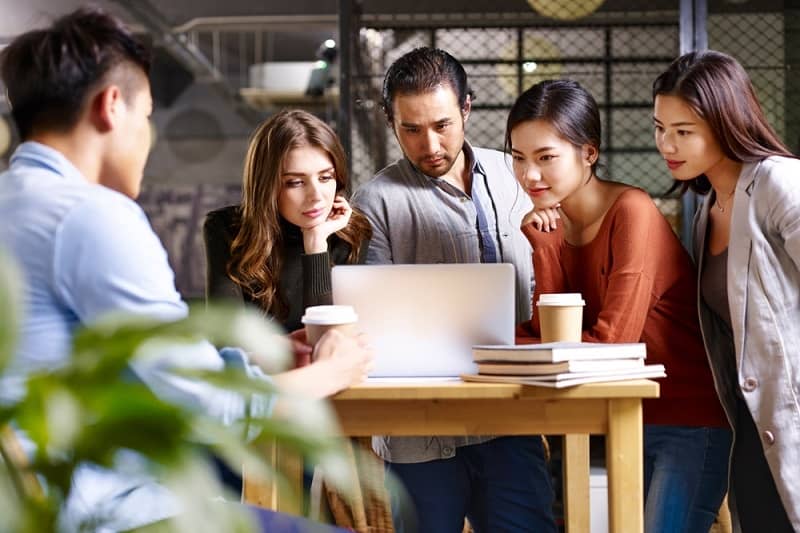 A small island country in South Asia, Sri Lanka has made great strides to grow its economy. They gained their independence from British colonization in 1928. Leading to a turbulent history. In fact, the country was at war until 2009. Now, Sri Lanka has finally entered a period of peace. And this has been reflected in their economic growth. In fact, Sri Lanka has been labeled as one of the fasted growing economies of South Asia. In addition to this, Sri Lanka is also a part of several economic unions. This further improves the rate of their growth. Some key facts and figures about the Sri Lankan economy are as below:

As it can be deduced, Sri Lanka can be placed as mid-tier in terms of its economy. While it has improved vastly, it still has room to do better. As such, the Sri Lankan government has taken several initiatives to boost business registrations in the country. This comes in the form of several grants for small businesses and small business owners.

But how do small businesses contribute to Sri Lankan economic growth? According to the website for the National Human Rights and Employment Policy of Sri Lanka, small and medium scale businesses make up 80% of all the country’s businesses. But what does this mean for the economy? This means that small businesses in Sri Lanka have created their own ecosystem. Wherein by setting up local businesses, they create new employment opportunities, contributing directly to the GDP.

Moreover, they contribute towards ending gender disparity by employing more female workers than any other sector. In addition to this, one-third of small businesses are owned and run by women. Furthermore, they contribute to 45% of total employment in Sri Lanka. Which, considering the 95.6 percent of total employment, is largely significant. This vastly helps poverty as the percentage of the population below the poverty line is now 6.1%. This, in turn, helps lower crime rates in the country. As such, the current crime rate of Sri Lanka stands at 40.10, which is a decreasing number.

The business registration system of Sri Lanka is also relatively simple. It is largely the same for both local and foreign individuals. Moreover, registration is done online. Furthermore, the costs of business registration also remain minimal. Thus, providing access for all new entrepreneurs to register. This being regardless of their financial status. How small businesses contribute to economic growth has been a hot topic for the past decade. According to the chamber of commerce contribute to 53% of the country’s GDP. The other major contributor to the economy being the tourism industry.

However, despite this industry holding the economy up, there are several areas for improvement. The main being the high tariffs imposed upon the businesses that export. Another problem they face is the unorderly method of information exchange. This leads to disruptions in the flow of business. These disruptions to information are caused by language barriers. Although Sri Lanka has three official languages, English is the main language used for trade. Unfortunately, many locals do not speak English fluently, which leads to the above.

However, the Sri Lankan government is now actively working to counter these problems. By negotiating for free trade, they are trying to lower the tariffs for exporters. Moreover, English language education is now becoming more accessible to the general public. This is because more schools now integrate it into their lessons. Thus, it is only a matter of time before the economy is able to surpass these problems.

Therefore, if you’re an entrepreneur looking to register your business in Sri Lanka, you’ll be glad to know that the process is simple. As mentioned before, the government of Sri Lanka actively encourages new business startups. As new business startups are a certain method in order to keep up the economic progress of the country. Moreover, the country is currently in an economic boom. Thus, several openings for new businesses have been created. Therefore, it is simply a matter of beginning the process in order for you to have your own business in Sri Lanka.