Summer is fast arriving, and many of us are already planning and preparing for holidays. Besides choosing destinations and hotels, new parents, and especially mothers, have more to think about. If this is your first trip with a little one, then you know what we are talking about. There are so many things from documents, what things to bring to more challenging questions such as how to organize breastfeeding schedules.

Babies, as you know, eat a lot, and more importantly, they eat often. Additionally, they don’t understand what waiting means. Whether you are breastfeeding or giving them formula, they are used to getting the food when they want it. Therefore, if they suddenly feel hungry when you have no access to the baby formula maker while you are waiting in the check-in queue or at the passport control, they might suddenly start crying their lungs out after they realize food isn’t coming even if they ordered it a while ago. This can be annoying on two levels – you have to deal with annoying, judgmental looks of others and with the frustration of not being able to satisfy your precious one’s needs.

So, what can you do? It’s not as daring as it might seem. What you need is a well-planned baby breastfeeding schedule, and with this text, we intend to help you organize it—one of the things that you must not forget when breastfeeding is the best nursing cover. But let’s look at other things you need to do and prepare to travel as comfortably as possible while breastfeeding.

How to Transport Milk

This is one of the biggest questions many of you are wondering about probably. When you are traveling with a baby, it is recommended that you pump enough milk to last for an entire day or maybe a day and a half. This is necessary because when it is not possible to predict everything when traveling by plane – flights get delayed sometimes even for a day. If this happens, you cant be super sure that you can get a breastfeeding and formula schedule. Keep in mind that you should prepare it at least a day or two before the trip because it is advised that you bring an ice container with frozen milk. According to experts from the Mayo Clinic, breast milk can be frozen for as long as 12 months. If your little one is formula-fed, you won’t have to worry about freezing because you can mix the powder when and where you want, which makes the organization a bit easier than with breastfeeding a newborn’s schedule. As for breast milk, even if it is considered as a medical liquid, and you shouldn’t have any problems transporting it, custom officers prefer when it is frozen and adequately stored.

Breastfeeding on the Airport

The world we are living in treats women unusually and not only regarding breastfeeding in public places. Everywhere and always! But we will focus on pumping and breastfeeding at the airport. Theoretically, of course, you can, and there isn’t an airport that will forbid you to do it, but the situation is still not the same everywhere. United States Breastfeeding Committee mentions a study that included 100 airports. Out of this number, 62% claimed to be breastfeeding friendly, yet only 8% of them met the minimum requirements to satisfy the needs of breastfeeding or pumping mothers. However, in 2018, the Committee continues, the President of the United States signed a reauthorization of Federal Aviation Administration that demands that airports from now include lactation rooms.

Pumping On the Flight

Again, something tricky! On the one hand, no one can forbid you to include in your newborn feeding schedule breastfeeding or pumping on the plane, and there are no medical reasons why you shouldn’t do it whatsoever. Usually, the flight attendants are very understanding and supportive – a lot of women say that they often do everything in their power to make them as comfortable as possible. However, we at Top -Mom feel the responsibility to warn you about something. If a passenger sitting next to you complains about being uncomfortable, you might be asked to cover your breast or even moved to another seat. Generally, it is okay, but it is better to try and be discrete when you are pumping or breastfeeding on the plane.

Storing Milk in a Hotel

When you arrive at your destination, things become more straightforward. Almost all hotels have a mini-fridge where it possible to store the milk and maintain ordinary breastfeeding schedules safely. If, for some reason that doesn’t work for you, ask the hotel staff. Usually, they are very friendly when they know it is for babies. A useful piece of information can be that the hotel room fridge can freeze the milk if you turn it on the coldest setting.

It is but funny to see there are plenty of things to think about when you are breastfeeding while traveling. Usually, one would think that there should be no question asked, and then everyone can plan their breastfeeding schedule and feed their children whenever they are hungry. Nevertheless, even if this system keeps insisting that motherhood is most famous for women, it doesn’t always show readiness to support mothers. Have you already traveled with your little one? What are your experiences with breastfeeding and pumping?

Elizabeth is a journalist living and working in Portland. She worked for a local newspaper until three years ago when she began to write for her website Top-Mom. Elizabeth is covering topics related to motherhood, women’s health, as well as other issues related to women. She is a passionate runner and has a golden retriever named Marx. 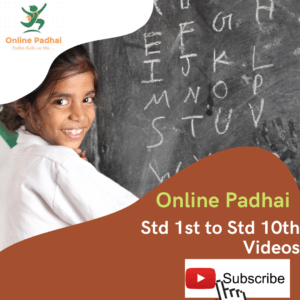