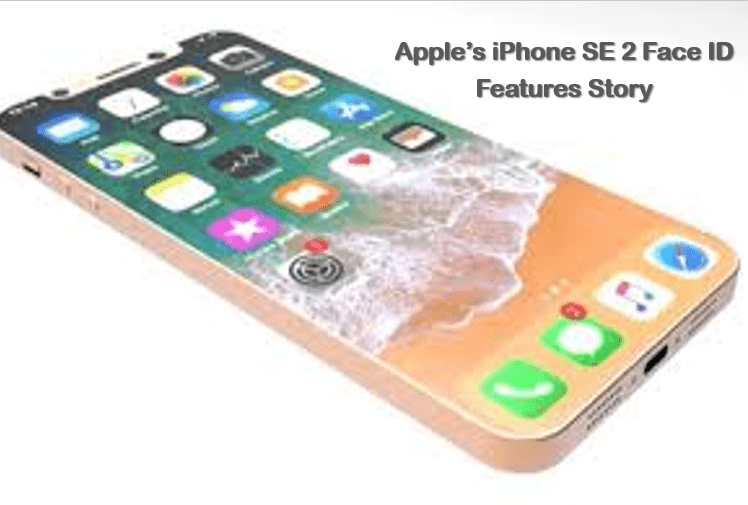 We are just almost a month into 2020 where we could already see popping out lots of interesting news and stuff related to smartphones. Android manufacturers have taken the lead to announce a couple of smartphones such as Galaxy S11, Galaxy Fold Z Flip, Pixel 5, iPhone 12, Motorola Razr, and the list goes on. Now when we look back and reminisce the 2019 smartphone features in order to make comparisons, Face ID might have been one of the most impressive features of a high-end range of smartphones.

The arrival of the iPhone SE 2 has been making waves in parallel to other handsets. But, exciting news broke out by a Japanese tech rumors blog Macotakara, claiming that iPhone SE 2 could come up with a Facial ID premium feature which is a dream for budget phones. They published in a report that the new iPhone lineup might have an affordable variant with Face ID and another variant with Touch ID only. We are, somehow, slanted to pay attention to this as this is coming out from a reliable source. As per Macotakara, that information originated from Apple suppliers who were displaying at CES 2020 in the earlier days of January.

Wait – Will it, Won’t it have a Face ID in a Budget Phone?

Here we end up with the most thrilling as well as the most confounding debate; will the new iPhone SE 2 will have a Face ID feature or not? Well, the debate will go on till the launch date. If this is to be true, then this would be a major overhaul for the budget phones. Face ID represents one of Apple’s most noteworthy innovations – to such an extent that it was a long way to cross for Android manufacturers (that was first introduced with the Pixel 4). As far as the features, specs, and rumors are concerned, that state the iPhone SE 2 would be somewhat similar to iPhone 8. This affirms it to be a good value for money with stellar features.

How Much Will it Cost?

The new iPhone SE 2 is rumored to cost somewhere around $450 with 64GB and a bit higher price for the 128GB variant. It’s a device that is excitedly foreseen by numerous buyers who need another iPhone without using up every last cent, however, that implies it won’t be as flush with specs as new iPhones, making Face ID a questionable possibility. The iPhone SE 2 would be a bang for the buck and if the device will have two variants of the SE 2, at that point we’d expect the better-quality model to get some additional features.

What Can We Conclude?

With this news to be accurate, we can propose that the Cupertino-based company is vividly trying to accommodate all price-conscious customers that want to enjoy the features of top-end iPhones. The inclusion of Face ID would likewise make it among a handful of cost-effective to have this feature.

This is also to be stated that neither Google’s nor Samsung’s S10e have a smooth and protected facial recognition feature as compared to that of Apple’s. So, the rivalry is still weak.

In case you are tempted by this amazing iPhone SE 2 feature and you wish to take a leap of faith. Connect easily and share seamlessly with a content transfer app that allows you to switch from your old iOS device to this new one effortlessly. So, if you’re hankering over a small, low-cost iPhone device, take a leap of faith, trust our words and wait for SE 2 to arrive.