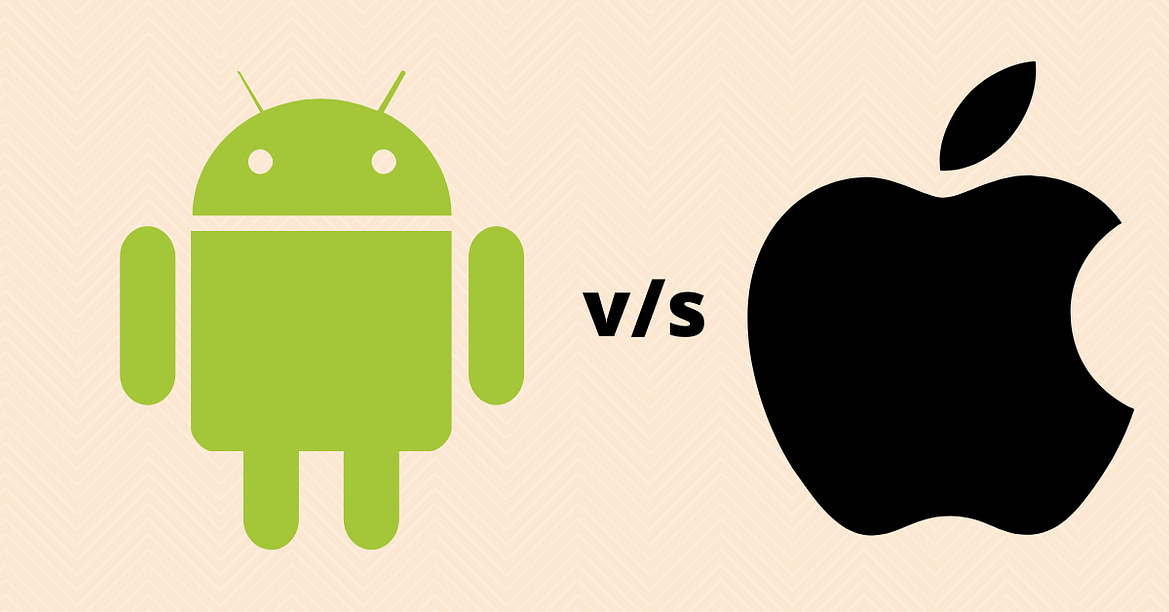 Nowadays, everyone is moving their businesses online. Mobile app development is an efficient way to connect with your customer. So, if you have decided to develop an application for your business, which platform will you prefer, iOS or Android?

It is a burning question that is rendered in people’s minds. Android app development and iOS app development have their own merits and demerits. iOS and android own 97 percent of the global mobile market share. So, if you want the best result, you should go for both platforms. However, it is not always possible because of the constraints like budget, time, and resources.

So, if you are dubious about which platform is the best suited for the app development, continue to read this article to resolve your queries.

Android and iOS have their distinct advantages, so it is highly advised to research this to understand which platform properly aligns with your goal.

These two platforms can widely compare in four areas which are the audience, monetization, project timeline, and budget.

To select the perfect OS for your app, you must define the end goal that your app aims to satisfy, and which kind of audience is more aligned with your goal.

Android is the widely used platform and its global market share is also more than iOS. Google Play Store offers more apps than the App Store. Similarly, the number of app downloads from the google play store is more than the app store. It means android offers higher download rates. Whereas iOS offers higher engagement rates and people tend to spend more on the iOS app. That’s why many engaging apps prefer Custom iOS Mobile applications.

Generally, android smartphones come in a wide range of prices. There are some flagship phones like Samsung S21 and mid-range phones like Realme. So, android has more influence over lower-income and developing countries. While iOS is more popular in North America and Western Europe. iOS users are typically younger with high income and education.

The monetization strategy plays a vital role in deciding whether to develop an app on Android or iOS. Each Operating System has different monetization strategies. It is a fact that people tend to pay more for iOS apps than an android app. Even iOS has fewer users than android, in 2018 App store generated 88% more revenue than the Google Play store.

If you are planning to make a subscription model or in-app purchase, iOS will the best platform for you. But if you are inclined towards an ad-based model, Android apps are a preferable choice.

Project timeline makes a huge difference in the perspective of platform selection. How quickly do you want to launch your app in the market? Generally, Android app development takes more time than iOS. It is due to longer release cycles and various screen sizes. It takes time to build an app that is compatible with various shapes and sizes of android devices.

Although Apple owns the hardware and software, they have very few iOS devices compared to Android. So, it takes less time to develop an iOS Mobile App Development. But the catch is that it takes more time to get approval from the Apple App Store due to strict restrictions and quality expectations. Whereas Google Play store provides approval within a few hours.

There is no direct mobile app development cost comparison between android and iOS. It depends on the complexity and goal of the project. If you aim to cover many mobile devices and operating system versions, the app development will require more money. Top Mobile App Development Company helps you to identify the perfect kind of app development within your budget.

The decision to build an iOS or Android app depends on what works for your business. If you want to target North Americans, with higher income and in-app purchase strategies, iOS will be the first choice for you. If you want to expand your business to the world, you can go for Hybrid Mobile Iconic Mobile Apps or android.