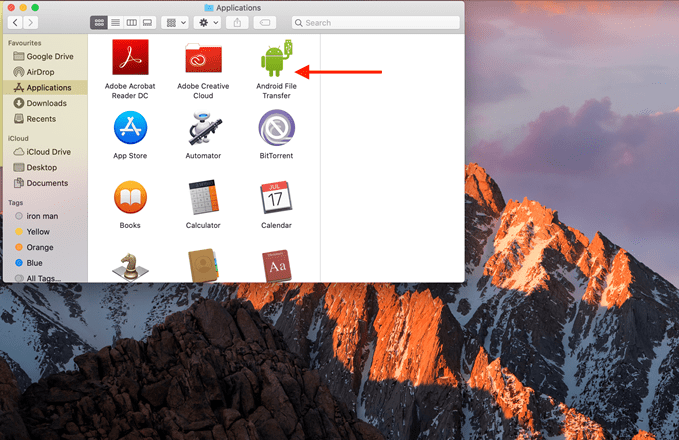 However, both the operating systems are different. They are coded entirely on unrelated frameworks and software codes.

This often leads to a lot of inconveniences for the users while transferring files between both of them. Mac OS has been known for keeping data privacy of the highest standard.

Due to this sharing files between an android and Mac is not easy. The data transfer from Android to Android or Mac to Mac is relatively more straightforward. But with time, a lot of different tools have emerged that support Android to Mac file transfers.

One such known software on the internet is the Android File transfer software.

It is available on the Mac App Store to download and install. It is one of the standard solutions available on the internet when you search for Android to Mac file transfer. One simply needs to install the software and plug-in in the Android phone. Then you can quickly transfer data between devices via a USB cable.

The system will automatically detect the phone and will open a window showing all the available directories and the files stored in it. From there, a person can drag and drop the files to the Mac for easy transferring.

This is one of the simplest and common methods nowadays to transfer files between two starkly different operating systems.

This method is excellent and does work, but sometimes due to missing drivers on Mac or some other reasons, it does not work on all the Mac systems. Therefore, one needs to find different ways.

Android to Mac file transfer can easily be done using software that uses wireless technology to transfer the files.

One of such famous and widely used software among the users is ShareIt.

In the last few years, the software has also extended its support to Mac operating systems, allowing file sharing directly from Android phones to Mac through WiFi or Bluetooth.

Since it uses a WiFi connection for data transfer, the transfer speed is high and can be used to transfer large files quickly.

These are some of the most known and easiest methods for Android to Mac file transfer. Both these methods are successful in transferring the files, and either of two will work for the system without you having to learn any new stuff!

Since both applications are free to download on Mac and Android phones, they can easily be installed and used.

Hence, unlike the old days, transferring files between both operating systems, regardless of the platform, has become much more accessible.